ITALY finally began to lift its lockdown as packed commuter trains took workers back to their jobs.

The country has endured two months of coronavirus lockdown but has now seen the daily pandemic death toll drop to 174, a two-month low.

Read our coronavirus live blog for the latest news & updates

A barista prepares a coffee at a cafe in Naples[/caption]

Italians headed back to work in packed trains[/caption]

Italy, which bore the brunt of the coronavirus pandemic when it first hit Europe, saw some 4.5 million people head back to work.

Monday morning saw a hum of cars, buses and motorbikes, which pointed to an increase in early morning commuting, but traffic was still noticeably lighter than before lockdown.

The government has given the green light for factories to restart production lines while construction workers were seen back at building sites today.

Gianluca Martucci, whose company organises weddings and corporate events, was one of the few able to return to work.

“It is good to be back, but the world has totally changed,” he said.

“The government has been very wise so far, but I worry that we might be starting up a little too soon. I don’t know if the country could survive a second wave.”

The government has also allowed parks to reopen while relatives can be reunited with their families.

But friends have been told to keep apart and most shops must stay shut until May 18.

Restaurants and bars can only offer take-aways, while schools, cinemas and theatres will remain shut. 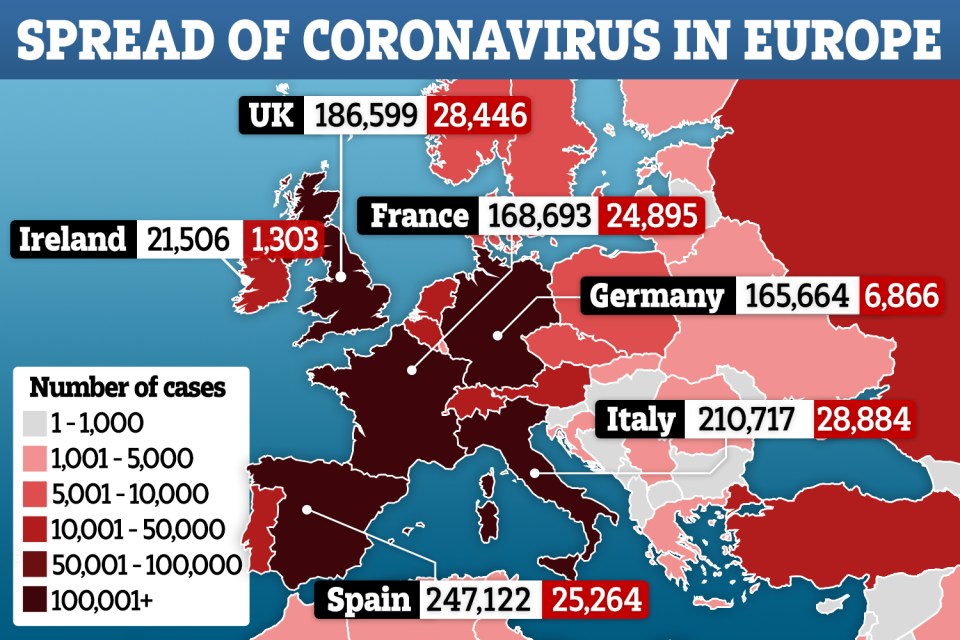 Millions of Italians are back at work today[/caption]

Italian emergency response official Domenico Arcuri said: “From Monday, it’s up to you.

“We must maintain social distancing, maximum hygiene levels, and masks. We’ve done our bit to the best of our ability.

With almost 29,000 deaths from Covid-19 since its outbreak emerged on February 21, Italy has the world’s second-highest toll after the United States.

The daily tally of fatalities and new infections have slowed more gradually than the government hoped, prompting Prime Minister Giuseppe Conte to adopt a slowly-slowly approach to ending the lockdown, which will be constantly adjusted depending on contagion trends.

“We are still in the full throes of the pandemic,” Conte said in an interview with La Stampa newspaper on Sunday, stressing the so-called “phase 2” of the lockdown “must not be seen as a signal that we’re all free”.

The lockdown restrictions in Spain have already been eased and Saturday saw the busy streets as people jogged, cycle and walked for the first time after 48 days of confinement.

The country has endured one of strictest lockdowns though already seen some non-essential workers return to their job.

Its death toll of 164 was the lowest since mid-March.

Masks are now compulsory on public transport and some small businesses such as hairdressers will open for individual customer appointments.

France is planning to lift its lockdown on 11 May, when children will return to school in phase and some businesses will reopen.

most read in world news

DEATH OF A LEGEND

People will be able to travel within 60 miles of their homes without the need to carry a document giving a reason for their movement.

Health Minister Olivier Veran said this would depend on further falls in the number of new infections, particularly in the worst-affected areas like the Paris region and northeast France.

Germany will also continue its easing at the start of the week, with schools in some areas expected to reopen, while Slovenia and Poland will allow some businesses and public spaces to operate again.

Police and soldiers standing guard at a station[/caption] 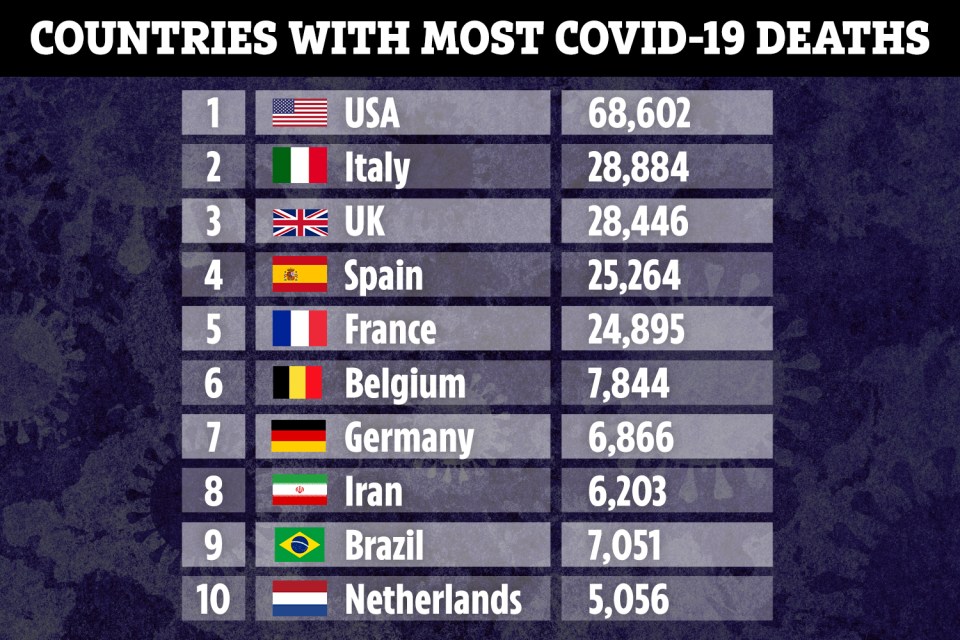