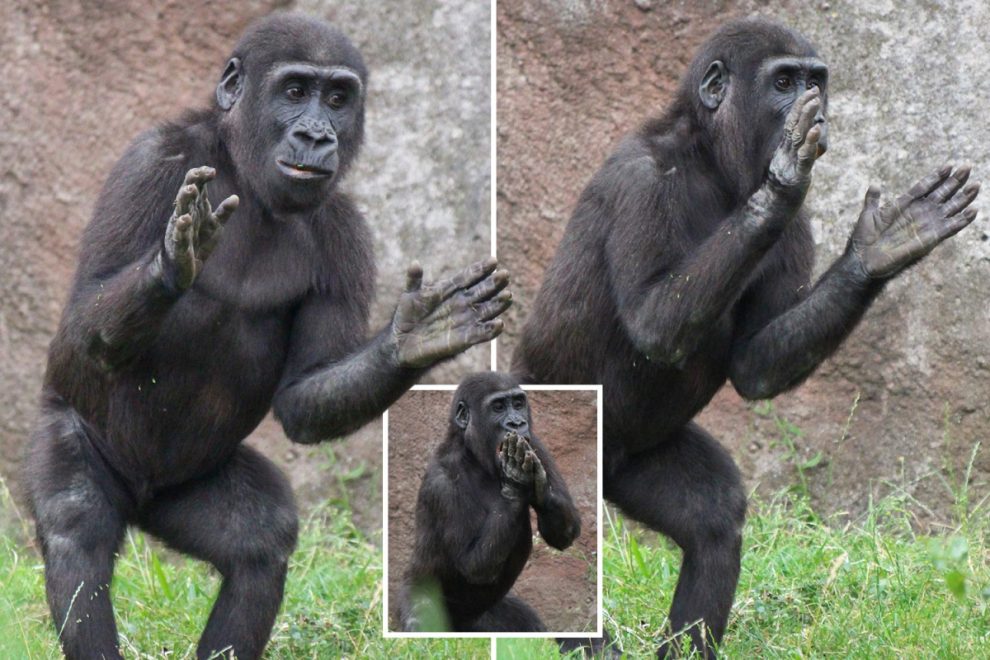 A younger gorilla is caught in a clappy temper – entertaining guests at a zoo.

The nice ape, Ajabu, is repeatedly seen clapping for crowds[/caption]

The pictures have been taken by fan Lucie Stepnikova, 33, who stated she has been watching the zoo’s gorillas for 14 years.

Ajabu, a male, is the youngest member.

“It entertains not solely guests but in addition his circle of relatives.”

The snaps have been taken by photographer Lucie Stepnikova[/caption]


Thriller as 15ft 'smelly' creature 'washes up on Merseyside seaside'